We at Torg Stories are excited to announce that our film On the French Broad River has been accepted to the Queens World Film Festival in New York City.

The film will screen on Sunday morning March 19th, 2017 at 10:30 a.m. in the Zukor Theater at Astoria Kaufman Studios. Click here for more information about the festival.

The seventy-five minute documentary On the French Broad River follows the journey of we four Torgs as we raft 147 miles from Rosman, North Carolina, through class III and IV whitewater rapids, all the way to Douglass Lake in Tennessee. With environmental themes related to water quality and best management practices within watersheds, this film is about the river, the people who use it, and the social and political issues that surround it. Utilizing interviews with those connected to the environmental organizations RiverLink and MountainTrue as well as with experts in the fields of biology, wildlife conservation, and geology, this is an educational and heartwarming film for the whole family. 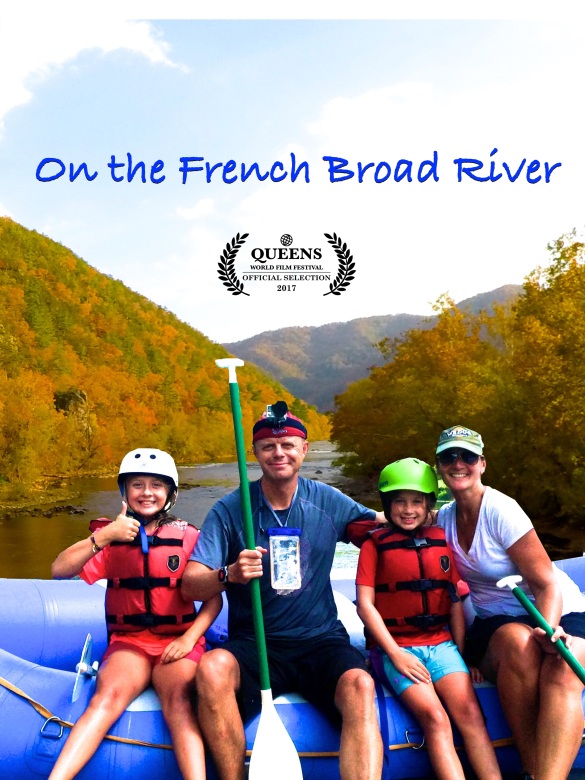 When I’m looking to give my friends who work 9-5 jobs a hard time, I send them texts like this one:

Before texting my buddy, the plan for this post was to go on to explain that even though I technically don’t have to be back on campus for another 238 days, there’s actually a lot of work to be done. That thought was inspired by those who say to my wife, “Since Bill’s not working…”

There is an online course to teach this summer that involves a lot of preparation before it begins, and once it starts a lot of reading and responding to online texts and emails. I always say I like to read student writing, but sometimes there is just too much of it. However, nothing like a glimpse into my friend’s Office Space work life to spur me on to try and make the most of this opportunity I have to be away from campus.

one of my fav scenes from 1999 film Office Space

At St. John’s University where I teach, we faculty are fortunate enough that we still have the opportunity to be granted research leave. I was granted leave for the fall semester, and I’m feeling pressure to get myself organized to make sure I don’t misuse my opportunity. I know that I can be productive, but I want to be the right kind of productive. Below are some of the lists I’ve been working on so far.

Projects to Work On:

Items for the Daily Schedule:

the master plan for research leave is still evolving

When mushroom hunters begin to talk about how to find morel mushrooms, they talk about hunting trees.

It’s hunting for trees that is why in the documentary film The Mushroom Hunter, you’ll see my dad and his friend Vic looking up in the air and pointing off in the distance so much.

There’s two trees to get started with:

1.  The almost dead or newly dead elm tree. These trees will produce roonies for years. The biggest tell tale sign I’ve heard about is the peeling bark.

2. The living ash tree, most easily identifiable through its white-colored splotchy marks.

the white splotchiness that marks some ash trees

Twenty-five days left to fund the film on Kickstarter

In order to spark conversation, I thought I’d take a quick run through my process of making the documentary film, For the Love of Books. I invite questions, requests for more of an explanation, and most of all suggestions for improvement.

Hope this gives you an idea of my process

Love to hear questions and suggestions