by William Torgerson
Love on the Big Screen tells the story of a college freshman whose understanding of love has been shaped by late-eighties romantic comedies.  The novel is forthcoming from Cherokee McGhee Press in early 2011 and the script adaptation has been selected for the Grand Prize in the Flickers Rhode Island International Film Festival Screenplay Competition.  Click the picture below to read more about the festival and the selection of Love on the Big Screen. 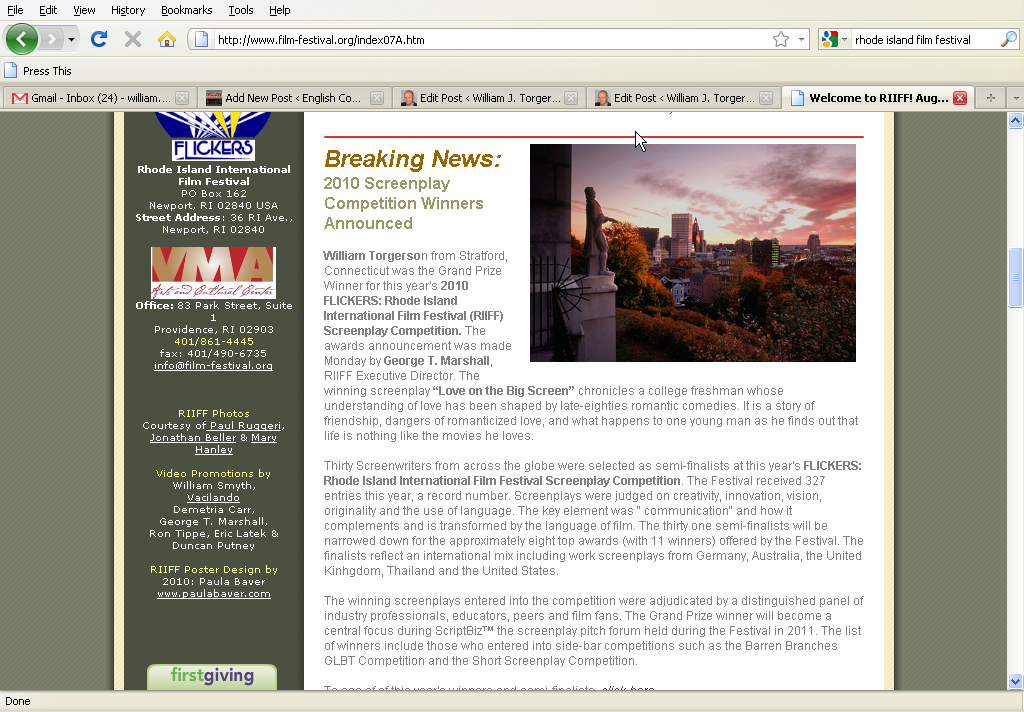