First I thought I wanted to make a documentary film.  Now it looks like there might be two.  The original idea was to be about my dad and his buddies’ morel mushroom hunting obsession.  A second film has jumped out and seemed to be demanded to be made about my recent trip to the Pulpwood Queens Girlfriend weekend.  My impulse to try the films probably comes from what my students and I have been up to in the classroom and also the trip I took last summer to Providence for the Rhode Island International Film Festival. 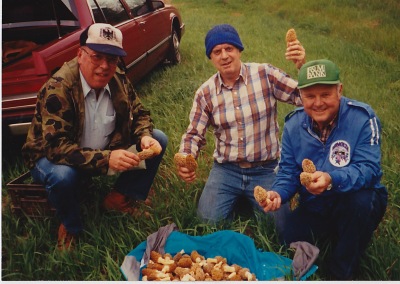 In the classroom, my students write a documentary-style research paper we call a scholarly personal narrative.  They tell a personal story, weave in scholarly research, and then “write” a short documentary film as a culminating writing project.  This seems something along the lines of Joan Didion’s Year of Magical Thinking.  It’s a story of personal grief with research layered in.

Working with film is a craft I find can take me away.  In other words, what should be an hour of fiddling with iMovie or Windows Moviemaker turns into several hours and staying up half the night to finish a project so that my family can see it the next morning.

As for the festival last summer, I had a great time, went to films with my sis, films with my wife, and also met lots of indie filmmakers who I peppered with questions about their work. I enjoyed a lot of the films (Sailcloth, The Fantastic Flying Books of Mr. Morris Lessmore) but there was one funny and clever documentary short called Two’s a Crowd  that acted as the catalyst that caused my sister and I to think, maybe we can do this. 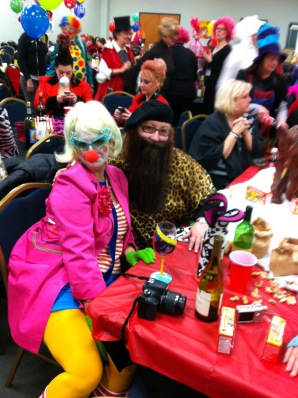 Some Pulpwood Queens at Girlfriend Weekend

It’s my thinking that I’m going to write here about how these projects are coming along with hopes that some of you will join in and set me back on course when my thinking goes astray.