Because I wanted to try some documentary work, back in January of 2012 I bought an iMac, Final Cut Pro X, and a JVC GY-HM150 U video camera from B & H Camera in Manhattan.  I’ve been meaning to write about how I like these products and what’s it has been like to learn how to use them. The video you’ll see below is something my daughter and I worked on last weekend.  She was to do a project on sheep and so the whole family collaborated over a weekend at Queens Farm. Yes, we do have a big farm here in one of the five boroughs of New York City. 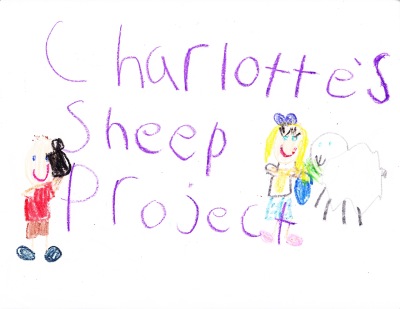 Charlotte’s Cover Image for her Video

One of my films is almost finished, the one about Kathy Patrick and the Pulpwood Queens’ Book Club. I’d been researching what sort of camera I wanted to buy, when I realized that my trip to Texas to see the Pulpwood Queens would make for a great story.  So I bought the camera and read the book on how to use it on the way down. If you see the film, it won’t be too hard to figure out I was a rookie cameraman, but the content of the Queens and the authors is so great that I think it carries the documentary.  I was also very fortunate that two friends, Natalie Brasington who is a photographer, and Jeremy Vogt who is a musician, provided some great content.

Since my trip, I took all four of the Apple Pro Lab courses in Manhattan at the store on 14th Street. They were FREE and fantastic.  Now I’m reading Larry Jordan’s Final Cut Pro X: Making the Transition. The “transition” refers to those who are coming from the old FCP programs. I didn’t really have any editing experience so I haven’t had much new to get used to.

I’m calling the Pulpwood Queens documentary For the Love of Books. The second film will be about my father and his buddies and will titled The Mushroom Hunter. I don’t think my daughter and I talked about what she wanted to call her film. Given her title page, I guess it’s Charlotte’s Sheep Project.